When Can You Reconvert To A Roth?

Suppose you converted a traditional IRA to a Roth IRA only to see the value of the assets decline significantly. So you "recharacterized" the Roth into a traditional IRA before the tax return deadline. But now the market has shifted again and the assets are making a comeback. Can you pull another switcheroo and shift back to the Roth? 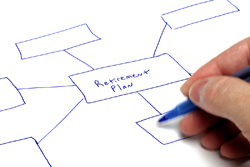 The short answer is "yes," as long as you meet the timing requirements for the change—a "reconversion" in tax parlance.

For instance, assume you convert assets in a traditional IRA to a Roth early in 2018. That means you have until October 15, 2019—the extended due date for filing 2018 returns—to recharacterize. And there's no restriction on how soon after the conversion that a recharacterization can occur. It might even be the next day if you suddenly change your mind.

Because of the decline, you recharacterize your Roth as a traditional IRA on July 1, 2018—and thus avoid any tax on the conversion. But then the stock starts to rebound and now it's worth $110,000. Under the rules for reconversions, the earliest date you can reconvert to a Roth is January 1, 2019 (which is later than the end of the 30-day period after the recharacterization).

Due to these timing restrictions, you might choose to wait until late in the year to recharacterize a Roth that has declined in value. That will give you greater flexibility over the earliest reconversion date.


Finally, note that these rules apply only to amounts that actually were converted. If you don't convert an entire IRA, you'll have more control over any recharacterization or reconversion.